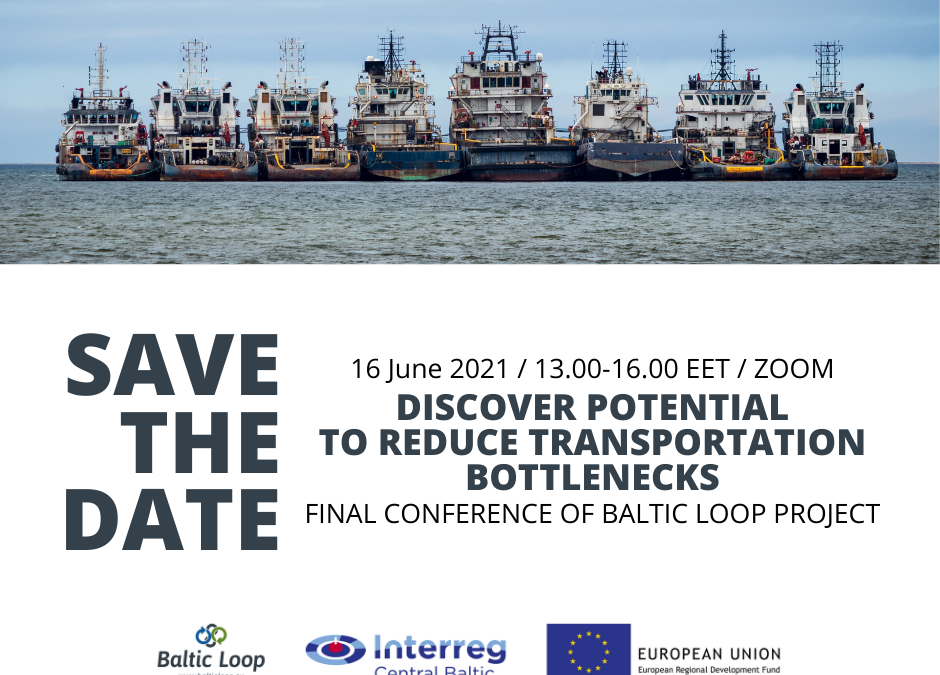 We are pleased to announce that the Interreg Baltic Sea Region Programme 2014-2020 funded BALTIC LOOP project will hold its final conference on 16th June 2021, ahead of the project’s closing.

At present, both national and European Union levels focus on transportation and passenger flows from the North to the South, while the potential of the West and the East is still undiscovered and has a great opportunity for future development. Baltic Loop partnership from Finland, Sweden, Latvia and Estonia have defined three major transport corridors in the Baltic Sea region – North, South and Middle Corridor – seeing their future competitiveness in the common transport network.

In-depth research has revealed several bottlenecks and hindrances that would not only help smoothening flows in these corridors but could also be valuable for other transport corridors in Europe and elsewhere.

We invite you to get acquainted with solutions, optimal port business models for increasing competitiveness, in which small ports and their potential also plays an important role. Digitization, transparent and real-time flow of information, reduced travel time, collaboration and efficient management of structures are just some of the bottlenecks and hindrances the project has highlighted at all three corridors.