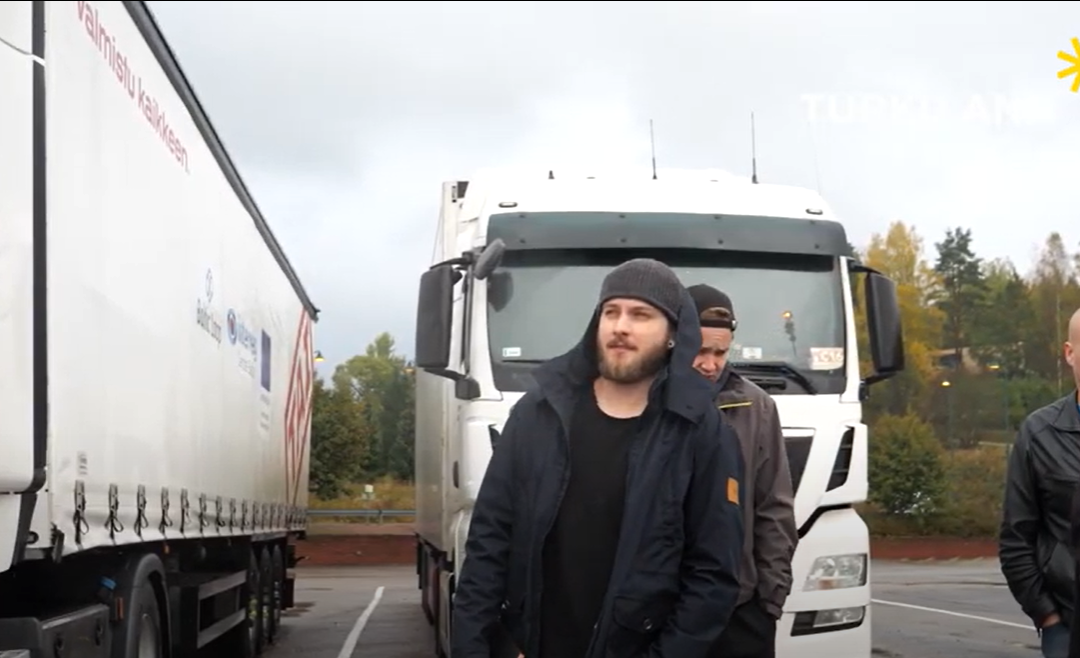 The Finnish partners, who are also the project’s Lead partner, have chosen to use a research method to validate the results, which would allow them to ascertain the conclusions expressed and summarized after interviews with stakeholders.

A field study was done to do the traffic flow test and this was done by organizing a long vehicle tour. The trips took place in September 2020, traveling the same route three times to obtain objective data.

The truck drive started from the Turku port and  stopped at Vaalimaa border control station between Finland and Russia and returned back to Turku port on the following day.  The whole tour timing was planned to imitate real driving situation after the ferry has arrived to port of Turku.

The idea was to get own empirical evidence about the existing bottlenecs and delays along the corridor. For the documentation the special videocamera was used and special GIS-software to combine  specific location with time to record driving time at roadsector. One of the cargo terminals was also visited during the trip. During the trips, interviews were also conducted with drivers to find out their views on the main problems in the corridor and how they think they could be solved.

The trips were organized on schedule. The first test trip took place in September,2020 and the next ones were scheduled for October, 2020. Ports and terminals will be surveyed in detail in October and November, 2020 to complete the present stay-of-art of delays and bottlenecs linked to them.

The tours were proceeded by four students of logistics and transportation which were doing both the driving and also did interviews with the real long vehicles` drivers.

The whole trip was 680 km long and it took nearly 9,5 hours to drive from Turku port to Vaalimaa border control.

Tentatively the bottlenecks were linked with 1) road construction work and are technical but non-persistent at their nature, 2) traffic lights at certain junctions accesses to E-18 especially at the Helsinki RingRoad III but also somewhere else. Ring Road III is also very sensitive to road accidents causing traffic jams and 3) Resting areas are not properly planned for long vehicles. It is planned to expand the detailed analysis a little later.

The field survey investigations described above will form the basis for concrete recommendations about technical and non-technical solutions and how to break down the bottlenecks. It forms an important part to combine the whole picture concerning the corridor bottlenecks. The report consisting of data from test driving and terminal and port investigation will be ready soon.

>> Watch a video of the test drives: https://youtu.be/gqY8uA-Rsxs 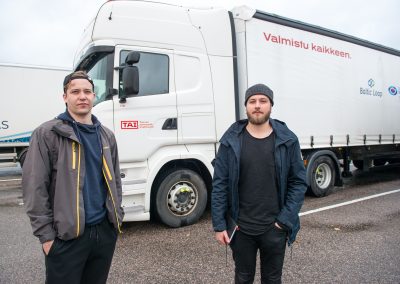 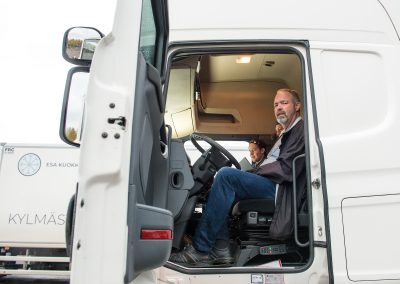