The key to success is the synergy: International stakeholder meeting in Riga 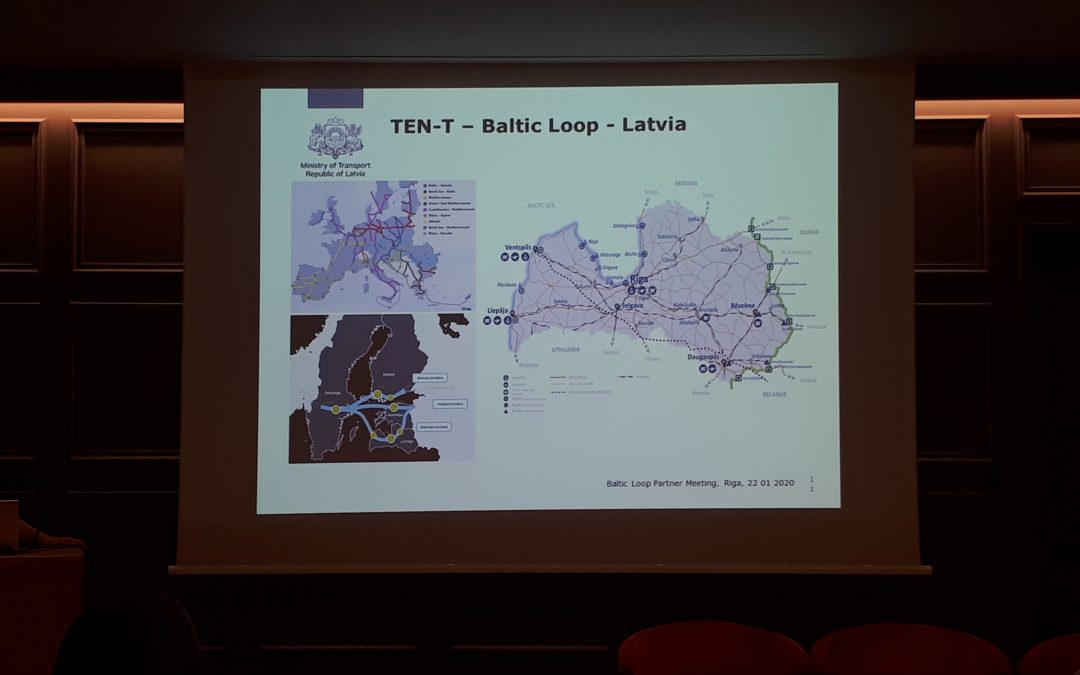 On January 22, an international stakeholder meeting was organized in Riga, during which interested persons could get acquainted with Latvia’s national strategy on transport development, as well as see the close connection between national and international goals and initiatives that could help to achieve them. Presenters included both domestic and foreign experts.

Presenting the Latvian Transport Development Guidelines 2027, Inta Rozenšteine of the Ministry of Transport of the Republic of Latvia acknowledged that

“projects such as the Baltic Loop are very important for the policy implementation on national level.”

She also looks forward to contributing to the Baltic Loop.

RB Rail Latvia spokesman Ģirts Braman introduced the objectives of the major cross-border project and how far it has gone.

He encouraged projects to use the opportunity and share relevant information and data.

“No project, even on a scale like Rail Baltica, will be effective unless synergies are sought.” Mr Braman said he was very interested in what the results of the Baltic Loop project would be and saw that they could be important for the transport industry as a whole.

Representatives from Finland also shared their solutions for traffic facilitation, presenting the concept of Mobility as service and virtual queuing GoSwift.

An interesting panel discussion highlighted a number of key issues, such as the role of the public sector in promoting innovation; the extent to which we are prepared to work on common standards that allow solutions to cross borders rather than stop at them. The audience also remarked that the development of multi-modal points removes their accessibility in sparsely populated areas, in fact having the opposite effect.

A strong but true statement came from the hall: “The world is full of strategies, but what about the practical implementation of theory?”

After a fruitful discussion, the participants went on an exchange of experience to the Adazi municipality and Skulte port.